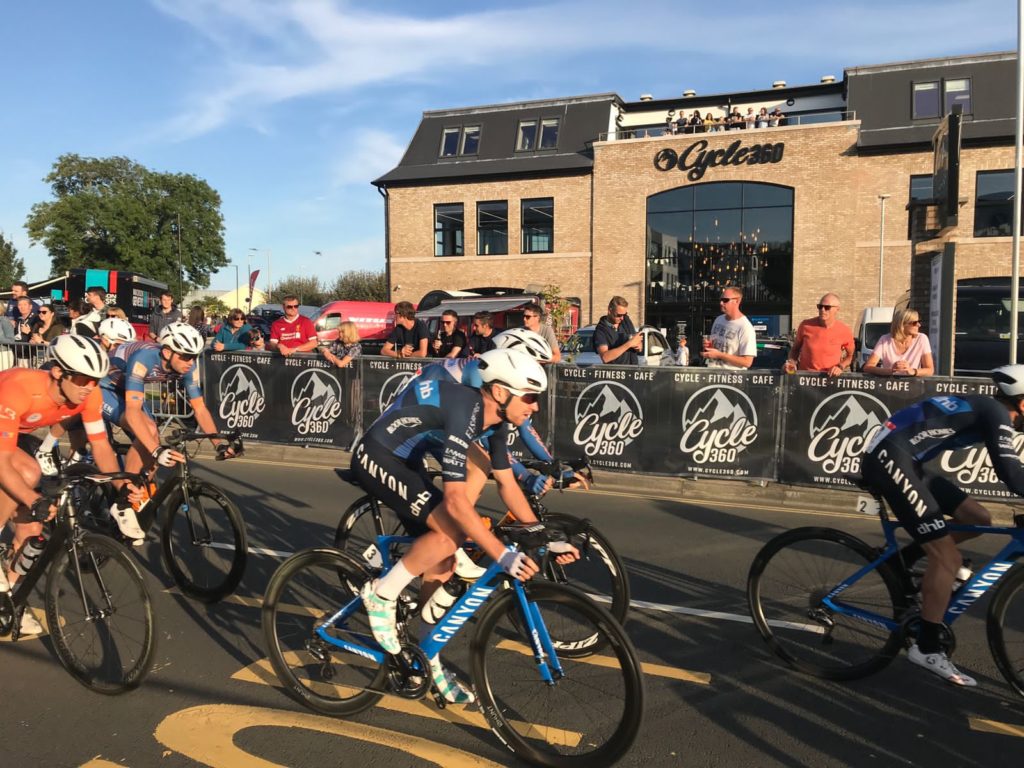 You are all invited to soak up an evening of electrifying racing right on Cycle 360’s doorstep in the Manx International Stage 1 kermesse race around the Isle of Man Business Park.

Join the party atmosphere as Cycle 360 is transformed into a fun filled experience with entertainment from our pals at Mad Jacks axe throwing, enjoy burgers from our chefs onsite who will be here all evening, and have a few drinks as our four of house team turn our cafe into a bar, so we can endure elite, electrifying, fast and furious cycle racing like you’ve never seen before!

The Manx Telecom International 2-Day Stage Race will take place between Friday 22nd and Sunday 24th July 2022. This Manx round is part of the annual British Cycling National Road Race series and the Isle of Man has been selected as a host venue for Round Four of the 2022 Series.
The series is an elite competition for the top male and female British professional and amateur domestic racing teams. Therefore, it’s a pretty big deal for the Island to be a host venue!
Back in 2019, the Isle of Man hosted this exciting event and it did not disappoint.  For 2022, the event has four stages around the Island over the three days.  Stage 1 will take place right on Cycle 360’s doorstep around the Isle of Man Business Park.a

Cycle 360 will be showing our support this year by sponsoring the U23 women’s winners across all stages.

Stage 1 of the Manx Telecom International Stage Race will see the cyclists race 40 laps around the IOM Business Park in a ‘kermesse’ starting at 6:30pm.  Nearby roads are closing before for the event as elite cyclists from around the world race in their teams starting and finishing right outside Cycle 360.  The race will be a 1.1km loop around the Business Park, meaning Cycle 360 is the prime viewing spot to soak up the atmosphere.

Bring the family for a party

With the cycle racing on, your Cycle 360 experience will become a fun-filled one with the whole family, with burgers, bikes, beers and a live DJ.  You won’t want to miss this!

Check out the Facebook event here for up to date details.