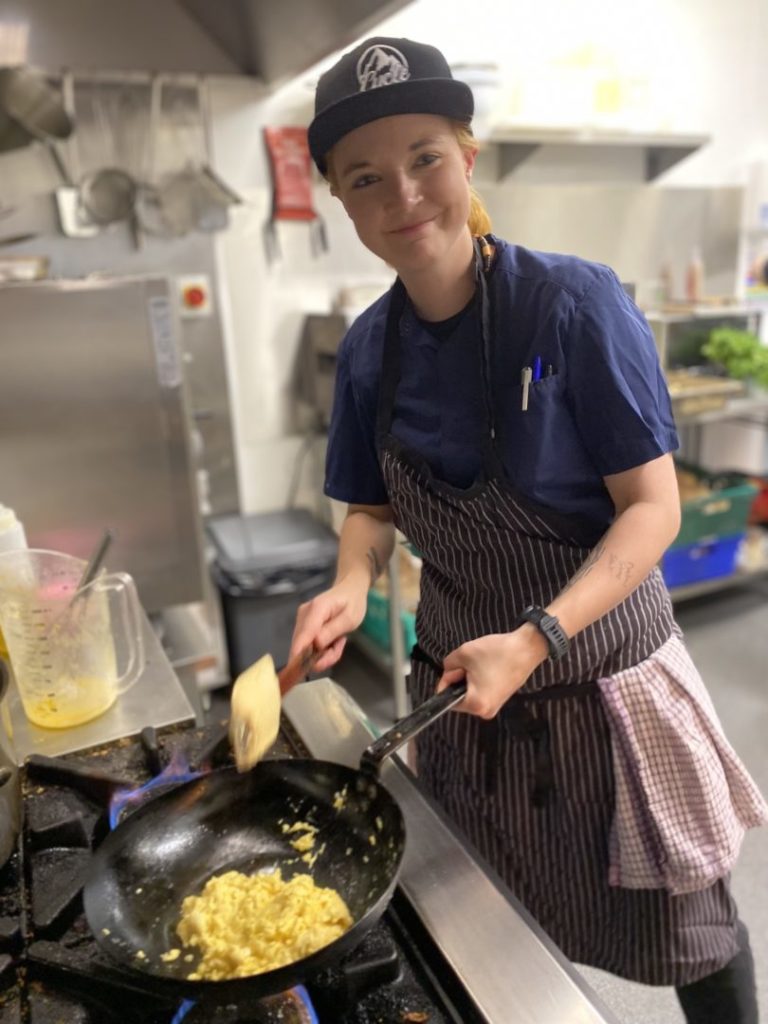 Cycle 360’s Head Chef, Toni, joined the team in Summer 2022 after moving back to the Isle of Man from Canada.

Toni’s route into becoming a chef isn’t your typical one though, as she originally studied law at university!

We chatted to Toni to find out more about her journey to becoming a Head Chef and what she loves about her job.

How did you discover your love for cooking?

Since childhood, I’ve always loved cooking – I’d wake my parents up super early so I could cook and bake. This started out as baking cakes, pancakes and experimenting with food as well as helping my dad make a Sunday roast every week.

How did you become a chef?

Although I always wanted to become a chef, I was encouraged to head to university first. So I moved to Cardiff to study Law but spent a lot of time working in restaurants and loved it. My first restaurant job was working in an Asian fusion restaurant owned by 2012’s Masterchef finalist!

After university, I headed to Canada to attend culinary school in Ottawa and then moved to Vancouver. My most recent role in Canada was working in a health food restaurant which had lots of vegan influences. Working with vegan dishes is good fun as it helps you to get creative and shows that there is actually so much you can do without having to use animal products!

What do you love the most about cooking?

I love everything about cooking but I just find it super soothing and relaxing. Even after a long shift at work, I love to go home and spend hours cooking!

My favourite thing to cook is probably a fusion of Japanese and Scandinavian cuisines but I also love making ramen from scratch as this is my favourite food.

Have any chefs in particular inspired you?

Most female chefs inspire me, but especially Monica Galetti as she’s a powerhouse for women in the cooking industry. Richard Corrigan is also super influential and I enjoy getting inspiration from shows like Great British Menus and Masterchef Professionals.

Come down to Cycle 360 to try some of Toni’s and the rest of her teams’ incredible dishes. We’re open seven days a week!

Beat the blues with a free brew