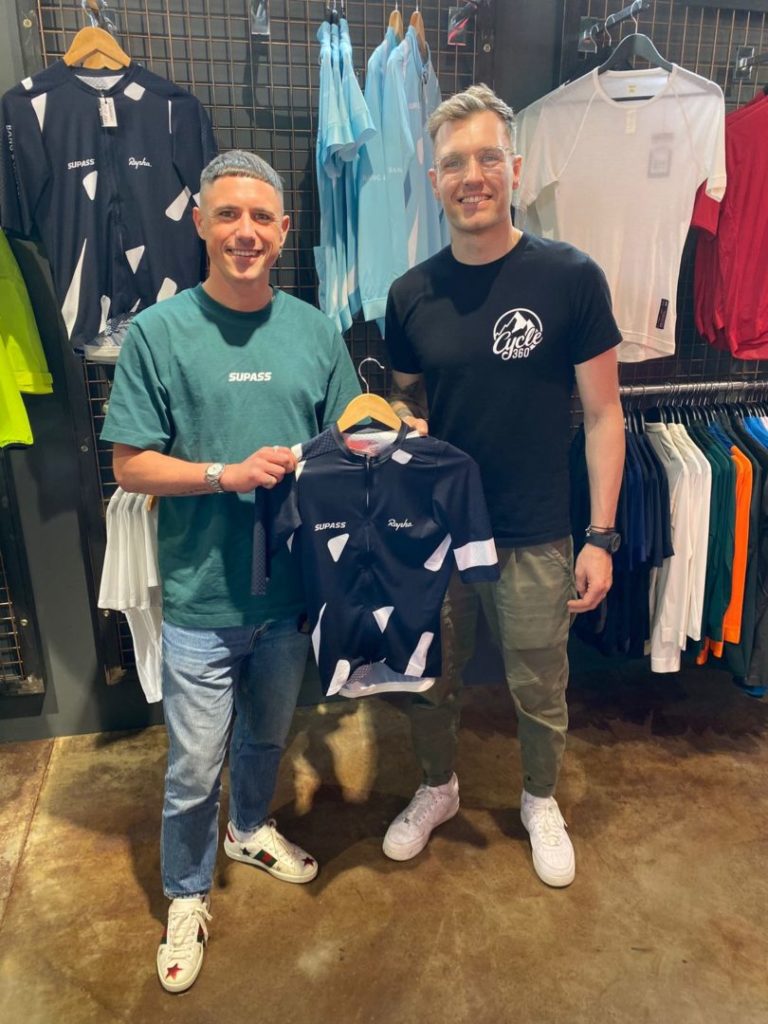 Cycle 360 has become the only store in the world to be retailing SUPASS cycling apparel! All apparel is designed by Manx Olympic gold medalist Peter Kennaugh MBE, and made by Rapha. It is available for sale both in-store and online at shop.cycle360.com.

Cycle 360 is the Isle of Man’s only retailer of Rapha cycling apparel, so we are proud to now have SUPASS exclusively as part of our range too.

Kennaugh founded SUPASS after he retired from professional racing back in 2019. The sports and lifestyle business primarily offers cycle coaching and nutrition services, with premium cycling and casual apparel as its secondary offering.  And believe us when we say it’s sure making a name for itself with the quality of the apparel focusing on both performance and style, not compromising on either!

In 2012, Kennaugh became the first Manxman since 1912 to win an Olympic gold medal. He was also the British National Champion for two consecutive years, resulting in a prestigious career in professional cycling.

The coaching team at SUPASS is led by Peter with support from his brother Tim Kennaugh. Tim’s expertise and insight of science-led coaching with Peter’s experience of racing at the highest level forms SUPASS’ unique formula.

SUPASS produce a variety of both men’s and women’s cycling apparel in different colours and sizes. These include base layers, technical tees, jerseys, leg warmers and shorts and bib sets. Rapha’s industry leading roadwear’s performance fabrics are used to create all SUPASS products. These focus on both style and performance. This makes the kit ideal for both on and off bike adventures.

Pop in to Cycle 360 to browse and try on our stock of SUPASS and Rapha apparel, or order online here.