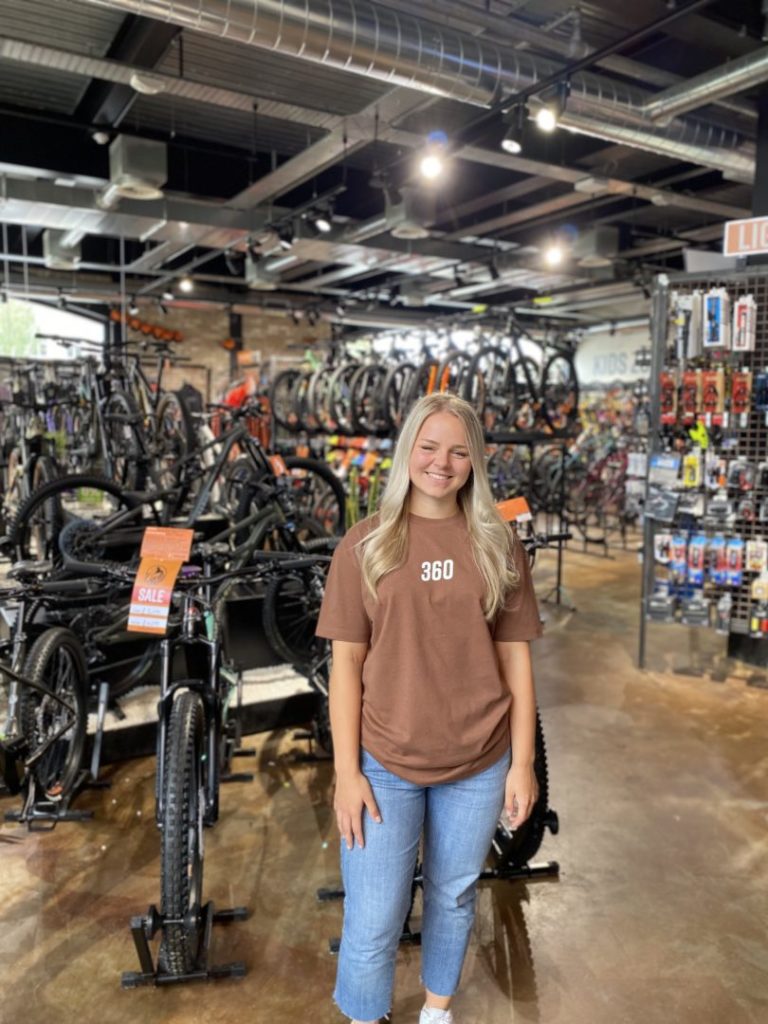 Holly James has joined our team at Cycle 360 as Bikeshop Sales Assistant, relocating from Lancashire, UK where she worked at Ribbles Cycles, a UK-based performance bike brand. Holly joins a male-dominated industry as one of very few females in a bike shop sales role, in the Isle of Man.

A keen cyclist herself, Holly has competed as a track cyclist for the Blackline race team and enjoys multiple disciplines of cycling from time trial, road racing and mountain biking.  Holly was also involved in England hockey from a young age but due to injury turned to cycling and found herself a job in the industry at a similar time.

Holly said: “I’d regularly visited Cycle 360 and the Isle of Man and it was a company I had on my radar should a position come up in the near future.”

Holly continued: “It’s been incredibly rewarding so far joining the Cycle 360 team as, like any new job, you’re unsure of what your new colleagues will be like and everyone has been so welcoming.”

“It’s great I can now share a women’s perspective to cycling, and on products such as bike saddles, as bike shops can often be intimidating places for women.”

“I hope my knowledge of women’s-specific bike products will further strengthen the customer service now at Cycle 360.”

Mark Horsthuis, Cycle 360’s founder said: “Holly’s knowledge, expertise and ambitions were the combined reasons for her being hired for the role of Cycle 360 bike shop sales assistant.”

“It just so happens that Holly is a female and the cycling industry as a whole could do with more female representatives to reflect the customer base and assist with the brands that are putting more effort into female-specific cycling products.”

Mark Horsthuis added: “We are proud to have many talented, hard-working female team members, including four women in management roles as we recognise equal gender representation is vital in the decision making process and when running a business.”

Have you serviced your e-bike lately?

Upgrade your bike components with Cycle 360…